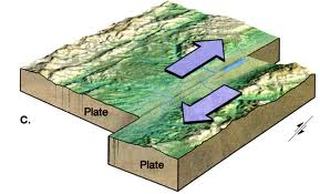 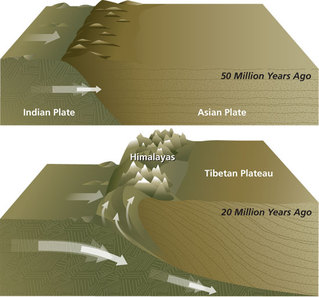 Uplifting plates are plates which collide and are forced in an upwards direction. They usually occur at converging boundaries between continental plates. It usually occurs at continental plates because the crust that is converging is of the same density, so neither will subduct beneath the other. Instead, both plates are forced in an upwards direction. This causes mountain ranges to be formed. One example of an uplifting boundary is the Himalayas Mountains. These mountains were formed over millions of years due to the Eurasian and Indian plate converging and then uplifting.
Powered by